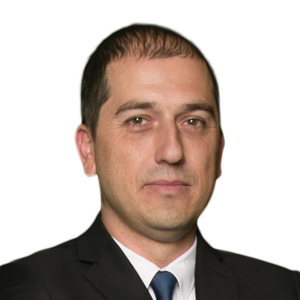 Hakan Özat
CEO and Member of the Board

Mr. Hakan Özat is graduated from Marmara University, Department of Economics and he has 16 years experience in banking sector. Beginning his career as a Foreign Trade Manager in a private company in 2003, he continued his career as the Senior Assistant Auditor at Finansbank between 2005-2008. Mr. Özat joined Aktif Bank in 2008. He continued his career as a Senior Auditor until 2012. Between 2012 and 2015, he served as Head of Internal Audit Group at Banka Kombetare Tregtare Kosova and from 2015-2019, he was appointed as Executive Vice President of Internal Systems at Aktif Bank. Hakan Özat has been appointed as the General Manager and Board Member of UPT Ödeme Hizmetleri A.Ş.